New Season is here, and it’s been a roller coaster so far. A reduction in Hay production has now been well reported. It has also been noted that quality is again likely to be a concern this year. What isn’t been reported is the elephant in the room, although Hay production is predicted to be down 40 – 50% the demand for the Hay that is being produced is down equally if not more. There is not an undersupply of Hay, Feed Central is encouraging buyers to look now and secure quality product while it’s available.

Urgency from growers is needed now, our buyers are seeking the information required to make decisions on new season purchasing. Matching sales to supply.

Some extreme weather and general rain have made the logistics of moving hay at times difficult. See below figure one that highlights the extent of rain over the past month.

Straw supply is bountiful if producers are willing to accept the prices being offered this year and take the punt on storing the product in sheds over long-term forward contracts.

Of all roughage commodities, the supply of cereal is down the most. High grain prices and limited opportunities to bale due to ongoing rain have led to many cereal crops going through to grain. Of the supply we have seen there has been varied quality with some growers struggling with moisture, while others have been lucky enough to miss the rain, but curing has still not been easy. Growers resorted to new Hay making techniques to improve quality this year. Colin Peace reported in the weekly times that steamers and macerators have been employed to get product into the bale faster and avoid bleaching as much as possible.  As we write this report the challenges continue on the production front full stop.

As reported last month, early Vetch was looking to be as bad if not worse than the previous season. Some contractors referring to early product as ‘slime in a bale’. Growers that cut later this season were much more fortunate and are currently looking as if Vetch production this year will definitely bring more quality than the 20/21 season.

Lucerne is growing like wildflowers this season. In Qld one Lockyer Valley grower is on their third cut for the season while those in NSW are starting on their first cuts. What we have noticed so far on the supply front is the first cut Lucerne has a higher weed content than average this year, which is typically associated with great seasonal conditions. There have also been issues with getting moistures in bales right which is associated with the small baling windows available to the grower.

Demand can still be perceived as sluggish, and this may be the case but those who know that quality will be limited are now in the market looking for cover.

On the logistics front, fuel prices have increased exponentially over the past two months, this is resulting in tight Freight negotiations. What effect this has on future delivered prices is yet to be determined. See Figure two below for a chart of Australian Nation diesel pricing over the past month.

On the straw front, larger feeders are in play, increasing competition from alternative roughage products such as almond hulls and cotton hulls are putting pressure on this sector of the market. Supply of these alternatives has increased while their prices have remained extremely competitive and somewhat challenging.

Buyers want three things in this current market storage, high quality product that drives animal production at competitive prices. Currently there is little demand from backgrounders or dairies for roughage products such as straw.

Movements of cereal hay through the Feed Central system over the past month have been consistent, we know that buyers are keen to know of quality new season hay as it becomes available so decision making can be firmed. As we have been saying over a number of market reports now the buyers of the now are wanting quality product only not B grade or lower grade fill. We strongly believe this will remain true for some time to come.

Dairies in Victoria are still dominating demand for protein hay. Many Dairy farmers are purchasing quality hay off the paddock as it’s baled. Lucerne demand is lower than previous months and it is likely suppliers will see their sheds fill with early cuts and may need to move product to make room for further production.

Buyers are there and in the market for new season hay. Remember you can’t sell a secret so all the detail on is important to have.

An alerts feature has been added to the Feed Central website so you know when a certain product meets your specifications is available. CLICK HERE to watch a 3-minute video to see how this can assist with your buying this season. 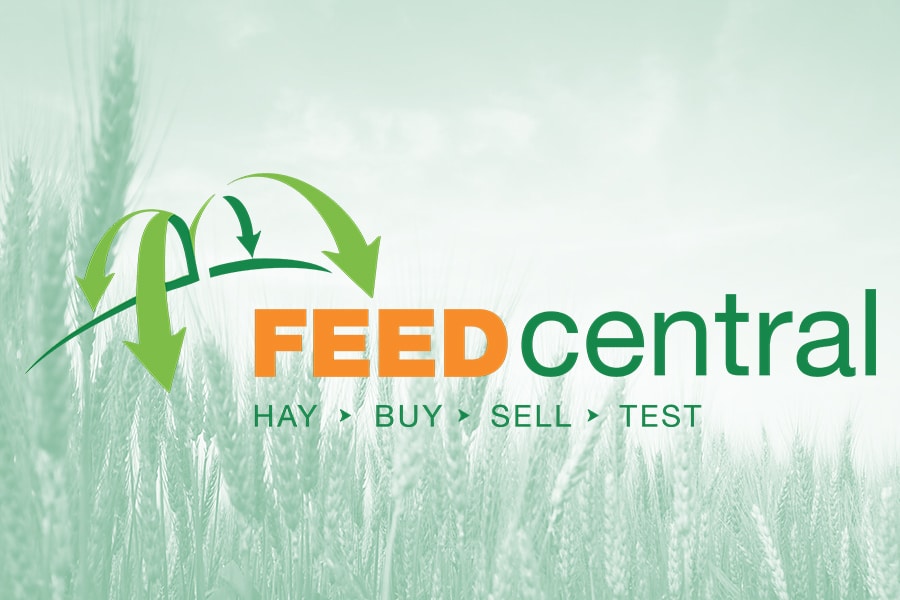 This is a National Hay Market Report. It is intended as a general guide only. Hay can be differentiated in value on location, visual grades, feed test, storage, and bale weights. We strongly recommend that buyers and sellers visit www.feedcentral.com.au for more information or contact a member of our team.